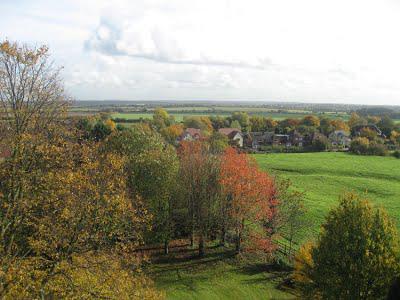 Pretty as a picture and proud of its past

Pirton is a compact village of around 1300 people, located on the edge of the Area of Outstanding Natural Beauty in North Hertfordshire, bordering Bedfordshire and the slopes of the Chilterns. Much of it is a designated conservation area, with 54 listed buildings. Despite its quiet setting, Pirton is just 35 miles north of London and almost equidistant between the A1(M) and the M1, giving villagers the best of both worlds; a peaceful country existence and good commuter links.

History
The first reference to the village of Piton is in the Domesday Book (1086 AD) and was originally referred to as Peritone (peri – pear tree, ton – homestead). In days gone by, most people worked on the land, now generally not so, though some farms remain.

Members of the Pirton Local History Group have related Pirton’s story over the centuries in detail in the intriguingly-titled book ‘A Foot on Three Daisies’. The History Group also have a Family History website, very well worth visiting at www.pirtonhistory.org.uk, with records going back to the 16th century. Other publications include 'Memories of Pirton School', 'Morning Has Broken', 'Pirton Village Walks' and 'Portrait of Pirton'. These books are usually available from the Village Shop or the History Group.

Thriving Community
Pirton is a thriving community. As well as the excellent, well-used and recently refurbished village hall, it boasts an excellent primary school, well-stocked village shop and post office, two pubs The Fox and The Motte and Bailey both providing meals. The Motte and Bailey takes its name from Pirton’s castle to the rear of the pub which is now just a mound known locally as ‘Toot Hill’ (meaning ‘look out’).

The village contains over 20 acres of recreational land, including a large meadow The Bury with numerous mysterious humps, hollows and ponds and the Recreation ground. At the ‘Rec’ is the active Sports and Social Club which not only has tennis, football and cricket, but also hosts major social events such as the Summer Fair and Bonfire Night. And on Great Green in the heart of the village is the presently only known permanently standing Maypole in the whole of Hertfordshire.

Popular Walking Spot
Pirton is on the Icknield Way Path, a route in use from ancient times, making it very popular with walkers. The Parish Council publishes a useful free leaflet on its paths and rights of way, obtainable from the Parish Clerk whose details are on the Parish Council page above.

Getting There
The village is off the B655 between Hitchin and Barton-le-Clay. Hitchin station – on the mainline from Kings Cross – is just 15 minutes away by taxi. The 89 bus to Pirton leaves from Bancroft, Hitchin (details from 0870 60826081 or Links page this site) and for those with a SatNav SG5 3PS will get you to the centre of the village.

Pirton Directory A Directory of Pirton Organisations is available here.